What Article 50 Means For Businesses 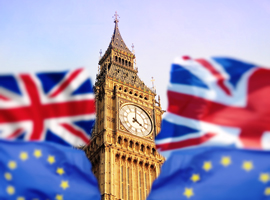 On 29th March, Prime Minister Theresa May triggered Article 50, which formally began the United Kingdom’s withdrawal process from the EU. For the next two years, the government will negotiate with the remaining 27 EU member states on the exact terms and conditions of its exit. Whilst May intends to achieve a comprehensive free trade agreement with the EU, the future is nevertheless uncertain.

Regardless of your organisation’s size and industry, all UK businesses must be committed to ensuring that Brexit is a success. The key to Brexit’s success may hinge on retaining as much as possible of the EU’s ‘four freedoms’, which guarantee the free movement of goods, capital, services and labour.

The free movement of goods allows tariff-free trade between the United Kingdom and the EU, which is an essential trade relationship. For example, in December 2016 alone, the United Kingdom exported goods worth £12.1 billion to the EU.

Whilst the government intends to form a new free trade agreement with the EU, it is uncertain what shape that agreement may take. If no agreement can be reached, the United Kingdom would likely have to adopt the rules and tariffs stipulated by the World Trade Organisation that other non-EU nations already follow to trade with the Single Market.

The free movement of labour allows EU workers to live and work in the United Kingdom. In 2016, about 7 percent of the UK workforce was made up of EU nationals, according to the Office for National Statistics (ONS). For industries that rely on workers from other EU countries, such as manufacturing, hotels and restaurants, retaining the free movement of labour may be crucial.

The inability to retain the free movement of labour could exacerbate the skills gap already plaguing industries, such as construction and manufacturing—but it threatens all industries. In fact, 27 per cent of UK employers believe they could lose workers who are EU nationals this year, according to the Chartered Institute of Personnel and Development.

The free movement of services establishes passporting rights, which allow businesses to provide services to other EU countries. For UK businesses, these rights are vital, as service industries comprise about 80 percent of the economy, according to the ONS. These include the United Kingdom’s robust financial and professional services industries, such as banking, insurance and law. They are particularly keen to retain passporting rights, as about 20-25 percent of their annual revenues relate to the EU, according to a recent House of Lords’ report.

The free movement of capital enables UK-based companies to invest in and own EU companies as well as more easily raise capital across borders. This provides access to European capital, specifically from the European Investment Fund, which committed around 37 percent of all venture funding raised in the United Kingdom between 2011 and 2015, helping to foster start-ups and support the growth of small and medium-sized enterprises (SMEs).

Uncertainty Can Lead to Opportunity

The implications of Brexit are difficult to determine at this early stage. Yet, businesses should start conducting thorough risk assessments of their operations and identify how they could be affected if any of the four freedoms are restricted. This could mean adopting new processes now to buffer your organisation from its worst-case scenario.

Brexit also presents an opportunity to turn uncertainty into opportunity by scrutinising your operations and uncovering more efficient ways of doing business.